Starlite returns with world-class singers, another year. Like all previous editions, Starlite 2017 was a great success and a great influx of people. Currently, Starlite has the distinction of best boutique festival in Europe. We are also talking about the festival with the longest duration, as it takes place over 50 days full of concerts, activities and shows.

But uncertainty has taken over Starlite 2018. Since the end of the edition of Starlite 2017, the controversial Starlite 2018 by the municipality of Marbella.

Problems with Starlite 2018 in Marbella 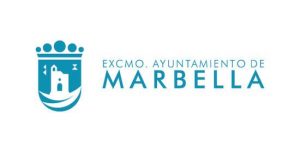 The municipality of Marbella has questioned the legality in some of the fundamental points of the event. This is due to complaints from the neighbourhood near the Nagüeles Quarry, where it has been held every year. So the controversial Starlite 2018 is served. Some neighbors have complained about the noise of music and people until late at night.

In the Starlite Marbella 2017, the municipal police had to go to the festival and stop the concert, in this case the group Gipsy Kings. This was due to the lack of permission for the extension of the early morning schedule.

There have also been complaints about the use of the festival as a discotheque when they do not have a license for it.

In addition, the previous governments are also accused of having hitchhiked this space for the celebration of the festival.

Before the start of the Starlite Marbella 2017 celebration, those in charge of managing this massive event were denounced for an “alleged crime against town and country planning”. This was due to illegal construction.

The organisers claimed that these illegalities were rectified and demolished before the start of Starlite 2017. 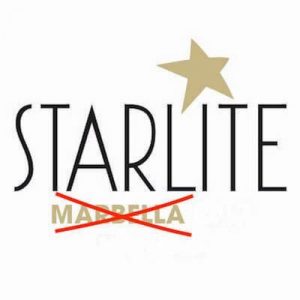 The festival hasn’t yet been decided where it’s going to be held. To begin with, the Starlite organisation has chosen to remove the word “Marbella” from the logo of the event and from all or almost all sections of its Starlite website, changing it to “festival”.

In spite of all the problems, the first singers have already begun to be announced and even to sell the tickets for these performances.

Artists such as Sting, Romeo Santos, David Bisbal, Il Divo or Pablo Alborán are currently confirmed in the Starlite 2018 program. There are also boxes of different prices and services for the auditorium. Faced with this dubious situation you may ask yourself: Who will be able to buy Starlite 2018 tickets with the current situation? Well, even if it seems strange, there are enough tickets already sold.

It is a situation of great uncertainty that should not do any good to the festival and its prestige.

In addition to all this, the municipality of Marbella is doing everything possible because everything continues as before and has decided to bring to the next plenary session a proposal related to the festival Starlite. The aim is to declare the Starlite festival as an event of special public, cultural and municipal tourist interest. This plenary session was held on 26th January and the declaration has finally been approved. So if nothing finally changes, we will enjoy a new Starlite 2018 in Marbella.

According to the organizers, in these 6 years of celebration of the Starlite festival, 800 people have been employed. In addition, the economic impact in 4 years has been 80 million euros.

It is true that there is no denying the success and repercussions for the city of Marbella and its surroundings such as restaurants, hotels, shops…

The polemic Starlite 2018 is open. What do you think about everything that has happened?