The Mountain Race Sierra Blanca Marbella returns one more year with the V edition. The natural place where it is celebrated is Sierra Blanca, a jewel of nature in the north of Marbella. Throughout this post, we will give you all the registration data and development of one of the best known mountain races on the Costa del Sol. 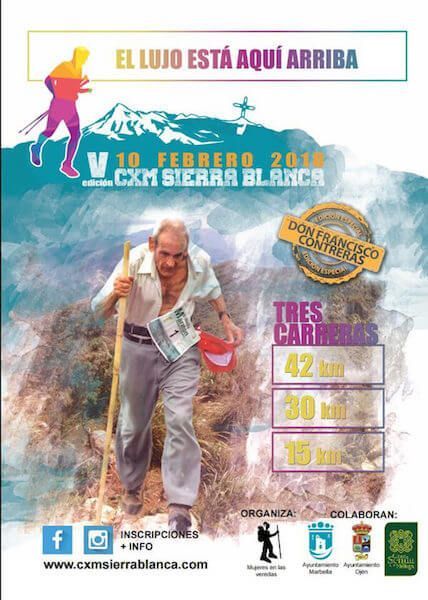 The main objective of this mountain race is to make the Sierra Blanca known. Since 2014 this race has been carried out with great success.

This edition will have different race modalities depending on the route and the kilometres covered.

How do I register for the Mountain Race Sierra Blanca 2018?

At the time of registration CXM Sierra Blanca we find a section within the website for it with all the necessary information.

As every year, the final classification of this mountain race will be uploaded to the official website of CXM Sierra Blanca Marbella. 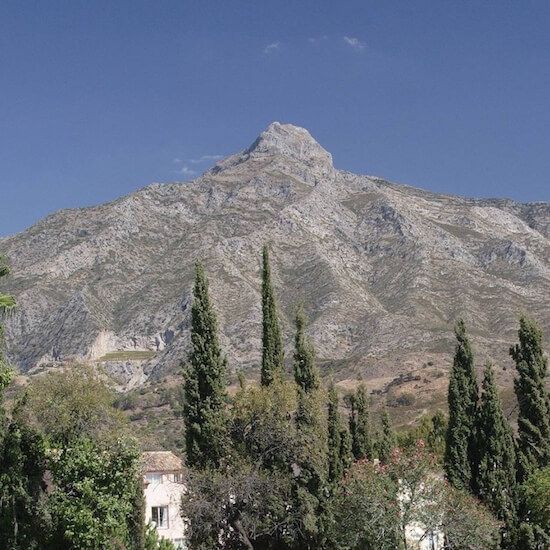 The Sierra Blanca is a natural heritage of Marbella with numerous trails and natural beauty. Not everything in Marbella is luxury, exclusive shops or premium cars.

This mountainous massif is found on the Costa del Sol and its name comes from the colour of the limestone rocks that form this massif.

The location of Sierra Blanca is as we have commented, on the Costa del Sol, between Istán, Ojén and Marbella.

Being a place that is part of the natural heritage of Malaga must respect the flora and fauna to conserve this mountain range. In addition, it is important not to throw garbage, you must be aware and respect nature.

The good state of Sierra Blanca is thanks to the great work of “Mujeres en las Veredas“.

Since the origin of this group in 2009, men and women have come together with a single purpose, that of being able to save and rescue areas such as the Sierra Blanca valley. It was an arduous task, but the help provided by a large number of people made recovery possible.

Thanks to Mujeres en las Veredas, the Marbellí mountain range went from being a forgotten and abandoned area to a place where you can walk and run in the middle of nature. In addition, we can enjoy mountain races in Marbella as the V edition of the CXM Sierra Blanca 2018.

On the official website Mountain Race Sierra Blanca Marbella, have a news section on the race to know the new features.

In social networks, to know the news of this race in Marbella, you can follow the official Facebook profile of CXM Sierra Blanca.

Besides, for more information, they also have a contact section.

If you are looking for a Marbella hotel, in Hotel Lima we offer a quality offer. Hotel Lima is in the centre of Marbella and is one of the hotels in Marbella.

As can be seen on the map below, we are just 10 minutes by car from the starting point of the race.

Marbella is not only a place of luxury, music or shopping, it is fundamental for the world of sport. In recent months have been held events of vital importance in the sport nationally and internationally as: