Click on the WhatsApp logo below to send a personalized message
×

On the 29th of April 2018 the well-known Ironman 70.3 triathlon arrives in Marbella. Marbella has a unique location for this event as it is located between the Mediterranean Sea, the Costa del Sol and the Mountains.

Marbella has a marina in the center of the city and another very close, that of Puerto Banus. The latter is one of the most luxurious ports we can find in the world. It is a city with all the necessary services and a multitude of restaurants and shops nearby.

Marbella hosts many leisure and music events such as Starlite, Marenostrum or the Fuengirola Festival, sporting events such as Marbella 4Days Walking 2017 and the current Ironman 70.3….

What is an Ironman?

It is arguably the most demanding triathlon test in the world. It consists of three different events and distances:

The race has a time limit of 17 hours and the average time is usually 12 hours. But it should be noted that the current record is Patrick Lange with a time of 7:13:13.

Finally, it should be noted that every year sessions are held for the classification of the world championship in countries around the world. That is why in 2018 it will be held in Marbella. 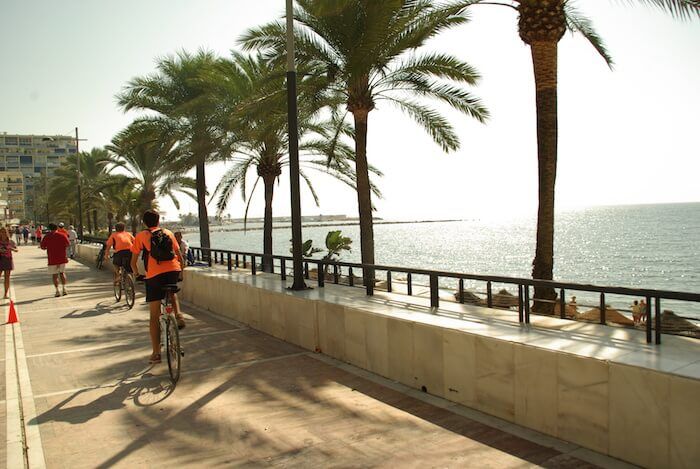 In short, it’s half the distance of the Ironman:

tests
The development of swimming, cycling and running events of the Ironman 70.3 Marbella will take place in unique enclaves of the city and its surroundings:

Here you can see the Tour of the three Ironman 70.3 Marbella tests.

More about the Ironman 70.3 Marbella

>
For this long-awaited event we offer 50 qualifying places for Ironman’s biggest event, the IRONMAN World Championship 70.3 2018. This championship will take place in South Africa at the Nelson Mandela Bay South Africa.

The good news for Marbella is that the most important world triathlon brand, Ironman, has signed an agreement with the city of three years of celebration of the event . These three years could be extended to a fourth year.

Therefore, Marbella would be the 4th Spanish city to enjoy the most prestigious triathlon in the world after Mallorca, Lanzarote and Barcelona.

Marbella would be the ideal place to look for and find the perfect accommodation. For this reason, in Lima hotel we have a unique and central location . In hotel Lima you can find good prices, cozy rooms in the heart of Marbella a few meters from the start of the tests, the marina of Marbella, the Old Town …