La Bien Querida and her music flood the terrace of the Hotel Lima with art, beauty and happiness 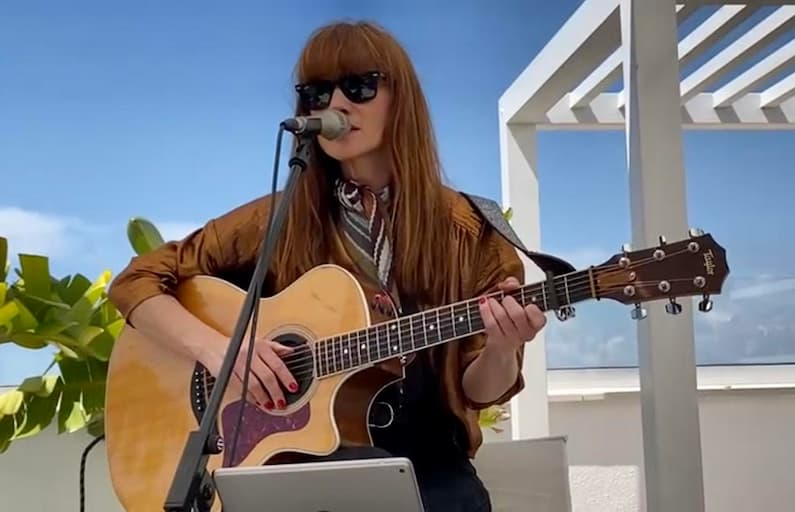 Midday on Sunday 18 April and the rooftop pool of the Hotel Lima was waiting impatiently for the music to paint ripples on its surface. An hour later, the terrace was filled with the desire to listen to the harmonic mystery of Ana Fernández-Villaverde, La Bien Querida. The audience occupied their space, in keeping with the responsibility of the moment in which we live, and the concert began on time.

The night before, the singer from Bilbao had shared songs and readings with Alejandro Simón Partal on the third and last day of the poetry and music festival ‘Cantos Velados’, a cycle sponsored by the Marbella Town Hall, which Celia Rodríguez Lima thanked for the gesture of the Department of Culture in favour of the private company, which made the artist’s performance possible despite the exclusivity.

A moment later Ana was on a stool and her voice enchanted the blue April sky. The artist who swapped her paintbrushes for the strings of a guitar fifteen years ago, encouraged by her friend Jota from Los Planetas, made the day smell of spring. Her gaze, hidden under her sunglasses, did not hide the fact that she felt as comfortable as we did. And the music flowed. We started with ‘sentido común’ from her album Fiesta, to which songs from her first album were added. Ana grew as our desire for it to never end grew, and although the live elves wouldn’t let Alejandro join her on ‘La pieza que me falta’, we didn’t need company to understand that beautiful things are not easy. 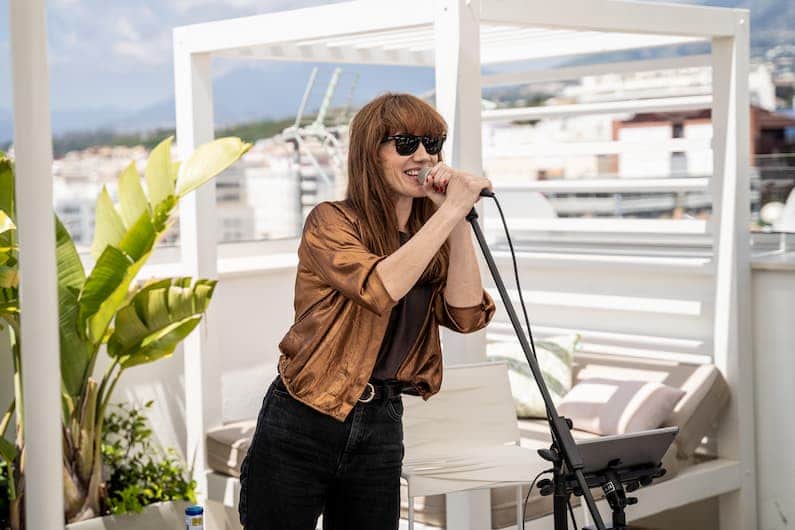 ‘Muero de amor’ was played and we were all obedient. We died instantly.

We were not prepared for the end, which came with ‘un gatito’, a song that bid us farewell before the sun turned the corner.

At the end, when we were walking down the eight floors of the hotel, Ana had become the beloved for all of us who were able to live a perfect Sunday. She has to continue touring with her latest album ‘Brujería’ and we have a huge smile of gratitude for beginning to see the light at the end of the tunnel.