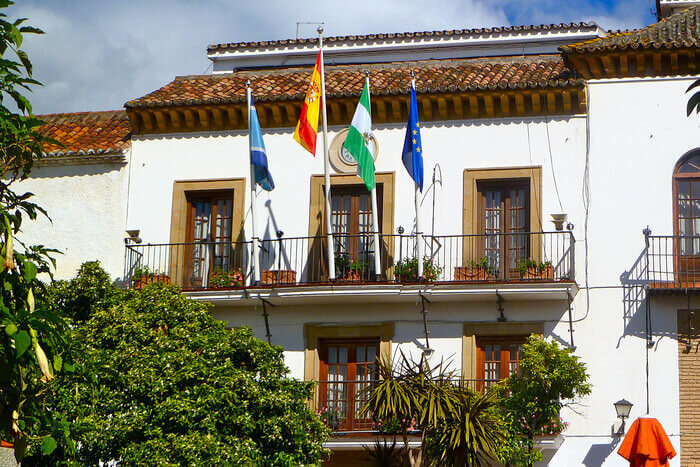 The Marbella Town Hall is located on the north side of the central Plaza de los Naranjos. The town hall as we know it today is an extension of the old Town Hall. The ground of the expansion was where the prison was formerly located until it was demolished in 1971. 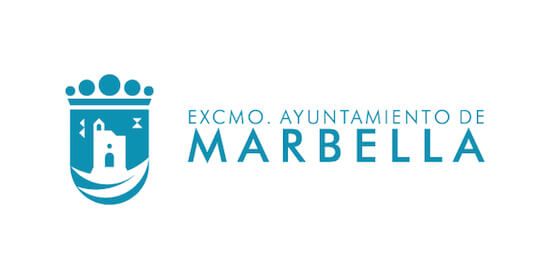 The Town Hall was ordered to be built in 1568, almost a century after the reconquest of the city. They took so long because after the reconquest the main concern was to strengthen and improve the security of the town. Some of these improvements were to reform the castle, increase the number of soldiers and the extension of the wall, due to the danger of an attack by the Moors.

The construction was finished in 1572, under the command of Mayor Don Juan Osorio. Its façade features a sundial, coats of arms and commemorative gravestones in stone in the extension of the building brought from unused public fountains in very good condition. You can also see its Mudejar façade and balconies of wrought iron. In addition inside we find some mural paintings with heraldic motives, as well as the coat of arms of Felipe II and of the villa of Marbella in the interior of the building in the old room of Justice. 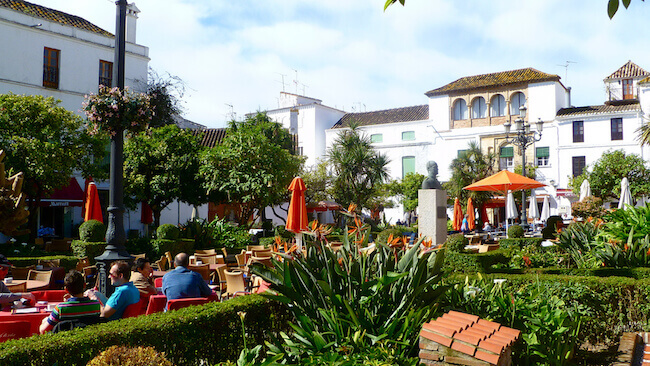 First Reforms of the old Town Hall of Marbella

The town hall received its first reforms in 1632. Its first reform was the construction of an east wing, in which in the exterior wall the famous sundial that we see today was placed, and where the balcony forged in iron was constructed.

Its design was quite simple. Divided into two floors, on the upper floor was the Chapterhouse (now the Hall of Commissions) and on the ground floor the Hall of Justice. It is worth mentioning the great richness of the decoration of the old chapterhouse, as it has a perfectly preserved Mudejar-style ceiling.

It was in 1779 when the second extension of the town hall was carried out. This is explained by the commemorative plaque on the façade, next to the tourist office. Some other plaques we can find commemorate the capture of the city by the Catholic Monarchs in 1485, the arrival of waters to the city and other extensions, all written in ancient Spanish.

With the passing of time as new wings and spaces are added to the main building it increases in size, as well in the departments that are inside. 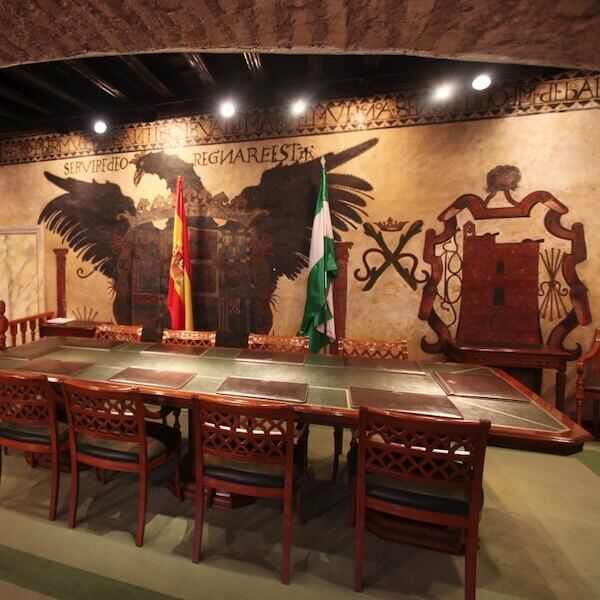 In the area surrounding the town hall of Marbella

This square is surrounded by the characteristic white Andalusian houses and by 3 historic buildings: the Marbella Town Hall, the House of the Corregidor and the Hermitage of Santiago. In the centre of the square surrounded by Naranjos is a Renaissance style fountain.

This square was formerly the hub of the city where the administrative and civil power was to be found. It takes its name from the tree planted in 1941, thus replacing the existing palm trees, which in turn had replaced the old Indian chestnut trees.

If you want to know more about this magnificent city do not hesitate to go to the Tourist Office located in the same Plaza de los Naranjos.

Hotel near the Town Hall in Marbella

Hotel Lima Marbella has a unique location in the centre of the city of Marbella. You can visit the Marbella Town Hall area and other monuments of the city by foot. From Hotel Lima we can help you with whatever you need to see in Marbella.